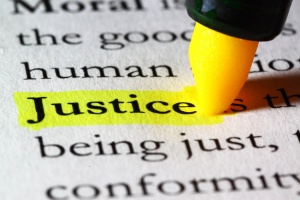 On Friday 13th December the Conviction of Victor Nealon was finally quashed by the Court of Appeal with the reasons to be supplied early in the New Year .

It had been a long and hard fight for Victor Nealon over 17 years . He could never be released from his sentence early because he maintained his innocence .

A previous appeal straight after his conviction failed . The CCRC twice refused to under take DNA tests and refused his appeal .

Finally he approached Mark Newby of QualitySolicitors Jordans who working with Victor Nealon took a bold step to have all the exhibits forensically examined . The result was to find DNA evidence relating to an unknown male on most of the Key exhibits and importantly not Victor Nealon’s DNA . The work was undertaken by Orla Sower of Keith Borer Consultants .

This led to an application to the CCRC in 2010 and a referal  finally in 2012 . The Commission in its later review worked as closely as it could with Mark Newby .

Victor Nealon was ably represented by Peter Wilcock QC of Garden Court Chambers who was commended by the Court of Appeal for his work and representations on behalf of the appellant .

We shall see in the new year the full reasons for the decision but it is safe to assume it is based on the fresh evidence uncovered .

There are clearly a number of lessons to be learnt from this case including the need to ensure appeal lawyers continue to be given access to original exhibits in cases were there are reasonable suspicions of a miscarriage   It is hoped the Supreme Court next year in Nunn will draw upon this .

Secondly the CCRC will have learnt from this case the danger of simply refusing to undertake forensic tests as a blanket policy and we are aware that it has already done so .

Thirdly searching questions must be asked of the original police enquiry and how this case was prosecuted without this vital DNA tests having been conducted .

This Blog – Our DNA

This is our comment and resources on Criminal Appeals , Criminal Justice and Defending False Allegations . The views expressed are the authors . We hope you find it of assistance but it is no substitute for case specific legal advice